It’s been some time since the USPS on March 23, 2021 first published its 10-year strategic plan, “Delivering for America,” which has become known by its acronym “DFA.” While there has been no shortage of controversy about the USPS’ DFA plan, it is – unlike its predecessors – a strategic plan that contains a good level of detail on the USPS’s vision, and one that the USPS is wholeheartedly sticking to. From the Postmaster General on down within the USPS organization, the DFA is frequently referenced and its goals articulated as the USPS moves forward with many of the initiatives in the plan.

Legislative and Administrative Action ($58 Billion). The DFA outlines key elements of this category, including integrating the USPS’s health benefit plans with Medicare, eliminating the pre-funding requirement for retiree health benefits, and changes to the allocation of CSRS benefits for legacy Post Office Department employees. The initiatives in this category require legislative change, and most are currently included in the Postal Reform Act (PRA), which has bipartisan support in the House and Senate committees that oversee postal, but has not yet moved forward. There are other changes included in the PRA, which has somewhat tenuous support from the broad postal stakeholder community. It is unknown whether the legislation will move forward in Congress in 2022, though it remains a priority agenda item for the committees involved.

Regulatory Changes ($44 Billion). The DFA for this category focuses on the USPS’s implementation of the new pricing authorities granted by the Postal Regulatory Commission (PRC) in its 10-year rate system review, which allow the USPS to increase Market Dominant prices above CPI based on certain factors related to mail volumes and delivery points and the USPS’s retirement liabilities. The USPS in August 2021 implemented its first price change under the new PRC rules, raising Market Dominant mail prices an average six to eight percent depending on the mail class.

The USPS, later in 2021, announced that starting in January of 2023, it plans to changes prices twice per year – once in January based on CPI, and a second price change in July based on the additional rate authority granted by the PRC plus CPI for the period between price changes. The USPS Board of Governors decided not to increase Market Dominant prices in January of 2022, a move welcomed by the mailing community. The USPS recently told mailers it anticipates the next Market Dominant price increase in July 2022 and based on preliminary data (which could change), prices would increase about 5.91% (CPI is projected to be about 4.26%), with an additional two percent added for Periodicals and Package Services categories if the PRC concludes they are still not covering their costs.

The USPS in the DFA also states in this category that it will conduct a review across all its products and services to determine opportunities to “drive higher revenues based on organizational and market needs,” and will “holistically review [its] pricing strategy with regard to [its] package products, and more appropriately optimize [its] prices.”

The USPS in 2021 seemed to have started such a review, and has proposed several changes to its package products offerings – a change to zone-based structure was initially discussed with shippers and later withdrawn/postponed by USPS; new fees based on package size and non-compliance with electronic data requirements were announced for January 2022 but later deferred until April; the USPS has requested approval from the PRC to move Bound Printed Matter Parcels and some PO Boxes to the Competitive Services category; and the USPS has moved forward with its USPS Connect Local same/next day delivery service offering for packages entered at the destination delivery unit.

There are several key initiatives in the DFA that are not only designed to reduce costs but also to enable future initiatives that improve service consistency or grow revenue. One of the key initiatives supporting this DFA category were changes to service standards to align with an expanded surface transportation network vs. air transportation. The USPS in 2021 moved aggressively on this front, changing its First-Class Mail and Periodicals service standards effective October 1, 2021, after a proceeding before the PRC to obtain an advisory opinion. While the USPS temporarily halted implementing changes to its First-Class Package Service standards until after the peak season, it plans to move ahead on those changes once peak is over.

The USPS’s service standard changes are designed to bring more consistency and reliability to its service performance as well as reduce costs by moving volume to surface transportation instead of air (some volume will still be transported by air). The USPS also in 2021 changed its plant operating plans to be more site-specific rather than one-size-fits-all, with the new plans designed to minimize late/extra transportation trips caused by misaligned processing plans. The USPS’ reorganization, which it largely accomplished in 2021, put in place more direct reporting relationships and clear lines of accountability between USPS HQ and plants.

Also in 2021, the USPS re-started 21 Area Mail Processing (AMP) reviews (now referred to as “Mail Moves”) to identify opportunities to consolidate mail processing operations and close some plants. It has invested heavily in new or expanded facility space, equipment, and employee complement for handling parcels during the peak 2021 period – much of which will remain in place after peak and is designed to support packages growth for USPS.

And there is more still to come in 2022 and beyond in this DFA category. The USPS is in the process of designing a new facility and transportation network that will bring changes to mail preparation and entry rules and ultimately to associated price discounts and potentially to service standards for Marketing Mail, Periodicals, and Package Services.

For letters/flats, the USPS will no longer process or transport these pieces through its existing 21 network distribution centers (NDCs), instead moving to a model that utilizes its 13 surface transfer centers (STCs) to cross-dock containers directly to the destination PDC in addition to existing plants located near the STCs to handle “working mail.” The existing NDC facilities will become “regional distribution centers” that process packages. This may bring changes in the way both letters/flats and parcels are prepared and entered, and these changes are likely to be incremental over the next few years as the USPS transitions to the new network design by geographic region. With a new network design will come change for the mailing industry, but change often brings opportunity.

In addition, there are many more initiatives outlined in this DFA category, such as the retail initiatives, where activity is still to come.

Self Help Management Initiatives – Revenue Improvement ($24 Billion). In this category, the DFA focuses on new revenue sources, including growth of packages volume, “new competitive products,” and “pricing changes.” The latter includes the new packages fees and price changes discussed above. For new revenue sources, the USPS in 2021 focused on pilot testing its USPS Connect Local offering for packages, which it will offer nationwide starting in January 2022, as well as a USPS Connect Local Mail offering, which it will begin to market test. The USPS currently is allowed to offer “postal” services and some other services such as passports, etc. to government agencies, and the USPS is exploring opportunities in those areas. There are also legislative changes that would allow the USPS to offer certain non-postal services to government agencies (local, state, federal) included in the Postal Reform Act.

As you can see, the USPS has already made great strides in moving forward with the initiatives it laid out in its Delivering for America plan – in less than a year! But with nine more years to go in the plan, and many additional initiatives outlined in DFA that are not discussed in this article, there is still much more to come. The USPS likely is still considering many of the details in its future initiatives as well as fine-tuning initiatives it has already started, which means there are plenty more opportunities to come for the USPS and its partners in the mailing industry to work collaboratively on the initiatives!

Kathleen J. Siviter is Asst. Executive Director of the National Association of Presort Mailers (NAPM) as well President of Postal Consulting Services Inc. (PCSi), and she has over 30 years’ experience in the postal industry. She has worked for the U.S. Postal Service, Association for Postal Commerce (PostCom), and others, as well as providing consulting services to a diverse set of clients with interest in the postal industry. She has also worked with PostalVision 2020, an initiative designed to engage stakeholders in discussions about the future of the American postal system.

This article originally appeared in the January/February, 2022 issue of Mailing Systems Technology.

4 Companies that Can Help with Your Vote By MailNext

Advantages of PDF: Does It Create Competitive Lift for Print and Mail?
More From Kathleen J. Siviter 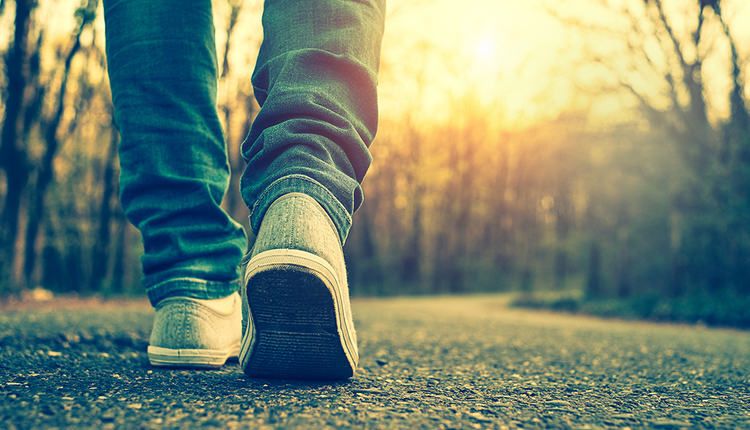