Somewhat in jest, I often refer to the Postal Service’s Annual Compliance Report (ACR) as the Annual “Non-compliance” Report. It’s not quite fair to ignore all the positive and insightful information contained in the report, but for it to be a catalyst for improvement, it is important to focus on the areas that are non-compliant. In fact, in the FY2013 Annual Compliance Determination (ACD), the Commission adopted a different approach in their reporting that focuses primarily on compliance issues. It may have been around the same time that they began using the term “non-compensatory” products.

Each year, the Postal Service is required to publish its ACR to the Postal Regulatory Commission (PRC) within 90 days of the end of the fiscal year. In turn, the PRC has 90 days to issue its ACD. This annual, after-the-fact review is required by the Postal Accountability and Enhancement Act (PAEA) and focuses primarily on financial transparency and compliance with pricing and service performance standards.

At the center of the ACR and ACD, highlights include attributable cost for classes and products, workshare passthroughs, service performance, and customer satisfaction. For purposes of this article, the focal point will be on flats cost coverage, namely Periodicals and Marketing (Standard) Mail flats. In general, rates that fail to cover a product’s attributable costs are subject to more scrutiny because any shortfalls may shift burdens onto other mailers.

Despite operational directives, the PRC has not given any specific instructions to raise Periodical rates, other than to use its pricing flexibility within the price cap to mitigate the revenue shortfall.

In the case of Periodicals, the Postal Service is somewhat limited since there are only two products within the class, in-county and outside county. Unlike Marketing Mail, the Postal Service does not separate mail processing costs for carrier route-presorted Periodicals from other presorted Periodicals, such as five-digit and three-digit, because they are not separate products. They do, however, have flexibility in choosing which behavior (mail preparation) they wish to encourage. Most recently, the Postal Service has chosen to encourage preparation of carrier route pallets. Very rarely does a magazine title have enough density on its own to accomplish this, so publishers look to mail service providers to co-mail their titles with other publications.

Since the FY2008 ACD, Standard (Marketing) Mail flats cost coverage has dropped from 94.4% to 74.0% in FY 2017 (USPS did not submit data that was aligned with the new product designations until FY 2008). It’s important to note that flats, sometimes referred to as non-carrier route, are the less finely presorted residual pieces within Marketing Mail.

In the FY2018 ACR (the ACD has not been released as of this writing), the Postal Service reports a cost coverage of 68.6%, representing a 13.4% increase in cost per piece, despite an increase in per-piece revenue of 5.1%. The Postal Service states that, “the increase in cost was likely due in part to movement of flats volume to high-density flats. Based on feedback from industry representatives, which is supported by volume trends, flats volume has migrated from the flats and carrier route products into high-density flats because of comailing.” Likely? Isn’t that the behavior the Postal Service has encouraged through its own rate design?

What Is the Solution?

So, what is the answer (above CPI rate increases, that is)? Efforts to streamline operations, capture efficiency, and reduce costs have not come to fruition. The Postal Service has increased Marketing Mail flats prices by CPI multiplied by 1.05 every year since 2015. Back then, the Postal Service argued that a two-year outlook for scheduling above-CPI price increases for Standard Mail flats was appropriate because the Commission’s review of the system for regulating rates and classes for market dominant products was slated to begin in FY 2017. It appears that the Postal Service hoped the PRC would rule in their favor and eliminate the price cap. Regardless, raising Marketing Mail flats rates above CPI has not improved cost coverage.

During a recent user group meeting, the Postal Service revealed that they are evaluating the idea of combining flats, carrier route, and high-density flats into one product, referred to as non-saturation flats.

Years ago, I recall hashing out this idea amongst a group of catalogers. Why is flats a product all its own? Do mailers choose this product on its own merit or is it, as described above, the residual portion of a mailing? The answer is the latter. On the surface, combining carrier route and non-carrier route made sense. However, the catalogers opted not to put forth this proposal despite the well above 100% cost coverage of the combined product. Why? They feared that, over time, the entire product would be underwater and the risk was too great.

So here we are, years later, and the idea has resurfaced. If approved, what is the combined cost coverage? The Postal Service’s own data shows a dismal 88% cost coverage for the proposed non-saturation flats product — exactly what the catalogers feared would happen.

Who knows where this proposal will go, but most agree that it just masks the real problem. As evidenced by the ACR data, costs of processing Periodicals and less-finely presorted Marketing Mail flats continue to rise with no clear solution in sight.

Where Do We Go from Here?

Maybe it’s time for the Postal Service to unveil its performance issues with the Flats Sequencing System (FSS). No one can blame postal officials for the decision to go down this path. The purchases were made when the industry was healthy and flats volume was rising. Will it ever work now with a much smaller base of volume that is still declining? Most industry pundits deem it not likely.

My own belief is that the Postal Service would earn a great deal of respect by being forthright about the plight of the FSS machines. Those of us in the private industry have witnessed many well thought out plans or purchases that eventually failed. Tough decisions must be made. I would like to see the Postal Service appoint a flats champion, or “Czar,” to take ownership of processing flats. Let’s work together to come up with a new plan. I know, it’s easier said than done, but what other choice do we have?

This article originally appeared in the March/April, 2019 issue of Mailing Systems Technology.

Is Your Data Safe? Understanding and Implementing Data Security Policy Audits Next

You’ve Got (Business) Mail… at Home 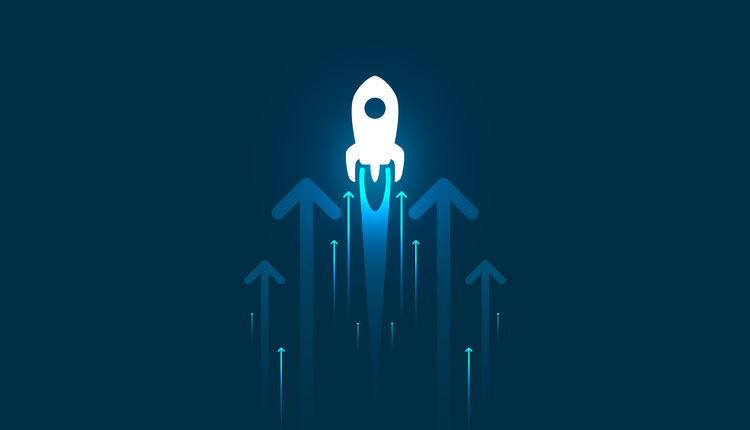 Spotlight on the USPS Change of Address Process

How the Postal Sector Can Succeed in a Post-COVID World