The Grateful Dead is the most iconic rock n' roll band in the world. How they got that way was, of course, their music. Songs that are an eclectic mix of rock, jazz, country, and other elements unknown that may or may not have a beginning, middle, and an end. Often the music just travels on as an improvisational party jam with that exact version never to be played again. It's all cool and it’s all the Dead. But their relationship with their fans is legendary and is a large component of the mystique of the band. This is thanks to relentless touring as well as initiating direct mail communications with fans early on and continuing to present day.

DIRECT MAIL AND THE DEAD TODAY

Fans used wildly creative artwork in the fashion one might expect from Dead Heads on the address panel of their #10 envelopes (#10 envelopes were specifically requested for easier management of the mail) so their requests would be noticed first. If accepted, the tickets were sent back via U.S. Postal Mail to the lucky recipient. This is all before Ticketmaster or other service had the chance to sell them online. U.S. Postal Service money orders were also the preferred method of payment. What can we learn about direct mail from the band that easily has the strongest connection to their fan base of any band in the history of rock n roll? Let's take a long, strange, trip.

As the Dead embarked on their first national tour in 1967 they wondered how they could keep their fan base close to themselves and close to each other as was the case in their home of San Francisco. So in 1971, they included a "Dead Freaks Unite" fill-in and send-in card inside their live album Skull and Roses.

Who are you? Where are you? How are you?

Send us your name and address and we'll keep you informed.

The response was impressive. The names and addresses were gathered and the most relevant mailing list one could hope to create for a rock n' roll fan base was born. As the band toured, they mailed in front of the date of the concert to area fans informing them of upcoming shows. Grateful Dead fans and collectors have saved these announcement postcards and letters and added them to their collection. Cool postal mail is saved. Email, not so much.

The mailing list was kept on 3" by 5" cards and stored in shoeboxes which, when stacked, took on a life and a room of their own at Dead Central in San Francisco. In fact, examples of the early mailing list cards and shoeboxes are sometimes part of the Dead displays at the Grateful Dead Archives at the University of California Santa Cruz's McHenry Library.

Predictably, the list was later entered into a computer database and then updated with email addresses as well. The list reached a half-million Dead Heads by the mid 1990s and continued to grow well into the millennium. Renting a list is a sound marketing strategy, and list quality keeps getting better as data storage becomes cheaper. But asking your brand ambassadors, your actual customers, to ask to be included in your marketing communications is a kind of loyalty that cannot be rented. It is the most relevant mailing list you can have. Compare your home grown and known customer list to a rented list you think might be responsive to see if your customers appear on that list as well. If so, chances are it is a good list to try.

This is where direct mail already has a distinct advantage over electronic communications. Consumers are wary of and avoid emails that look surprisingly like those from their favorite retailer but offer a 90% discount, or from a prince of a made-up sounding country who needs $49.95 to release his wealth from a bank in a different country that also sounds made up, which will fund back to your account if you provide your account number and routing code. People today "see the world in terms of real and fake and want to buy something real from someone genuine, and not a fake from some phony" according to James H. Gilmore and B. Joseph Pine in their book Authenticity: What Consumers Really Want, quoted in Everything I know About Business I Learned from the Grateful Dead by Dr. Barry Barnes. The Grateful Dead were purveyors of authentic. Jerry Garcia, guitarist of the Dead asked himself: "Can I live with this song? I have to get onstage and be this song. "

Direct mail offers surprising authenticity. Hoaxes, scams, and general fakery are fewer and farther between in the mail stream than online. Remember, to rent a postage meter or drop a presorted Standard Mail campaign, you need a permit. As the mailing organization, you have gone on record with the United States Postal Service that you are who you say you are and your company is where you say it is. You signed your name on a federal agency's form that is subject to due diligence by a mailing system manufacturer or service provider and the Postal Service itself. A real return address in the upper left corner of your envelope adds to authenticity.

BE YOURSELF AND CREATE A COMMUNITY

The Grateful Dead had PR people, managers, and everybody else needed to support a top touring rock band. But when it came to what was to be included in the newsletter to be mailed, the job for the content was typically left to the band. They described their "journey" when they toured so everyone reading would know their experiences and what the band was doing. The Grateful Dead were transparent in nearly everything including finances, who had the flu, and when the next record was coming out. This reminds us of Steve Jobs and the approach of Apple, in that transparency helps create a community. It may also remind you of your church, school, or neighborhood newsletter as well. There is something tangible, tactile, and personal about using direct mail that makes your true self and message come through and create a like-minded community.

It is possible that the Dead's direct mail newsletters were the second most important point of contact and engagement to their audience, bested only by their live shows. These newsletters were frank, honest descriptions of the band’s dealings; financial, musical, and otherwise. Their mailings were true newsletters, not catalogs of t-shirts, key fobs, and coffee mugs with the word "newsletter" slapped across the front. They asked for feedback and response from the fan base, which was acted on by the band. When the band invested a relatively huge sum of money in a state of the art sound system and staging, concert-going Dead Heads' suggestions were a part of the ultimate decision based on direct mail response.

The Grateful Dead were experts at in-sourcing. Functions such as ticketing, record company operations and mailing -- functions typically outsourced -- were handled directly by the Dead employees, providing complete control of the creative process. The Dead managed their own record company, releasing a number of albums in the early 1970s, a rarity in the music business at the time. Many fans believe that the Grateful Dead record pressings are of a better quality manufactured at the same plants as other recordings of the day. If true, it could be attributed to the Dead's in-sourcing mentality and involvement in the entire process. Cameron Sears, a longtime Dead employee said that "control in the creative process is very important; it's how we maintain our integrity."

The Grateful Dead also used outside services to be an effective business entity as well as a great rock band. Chances are that Dead Central did not have their own mail inserter or four-color printing press. But what they did have is control of the direct mail communication process. This teaches us that when we do outsource direct mail work that we keep it as much of an in-source mentality as possible. That means that our out-sourcing partners are transparent and that their plant is our plant.

With this type of partnership, we can drop in or make a phone call to our mail and print provider to see how our job is going and the provider is reactive to our requests, ideas, and quality management. That provides the control that Mr. Sears mentions as so important for separating the Grateful Dead from other bands of the day. They handled their own mailings, ticket sales, and marketing. Yet, they also used companies like Ticketmaster to fulfill concert tickets for shows after the Dead Heads had their chance to buy tickets using postal mail. When demand became too great, they out-sourced record sales management to other companies as well. In-source when you can, but also out-source when it makes sound business sense to do so.

Perhaps the reason that direct mail worked so well for the Grateful Dead and what we can learn from them is that mail can connect with people in memorable ways. It's visceral, tangible, colorful, and engaging in a personal way. We might say a similar experience is provided with the resurgence of vinyl records compared to compact disks and MP3 files. Record albums are big and colorful and when you open the shrink wrap, a free poster or photo might fall out… not to mention that they sound better than their digital counterpart. Playing a vinyl record is a more engaging and rewarding personal experience than clicking on a file.

Similarly a dimensional, textured, and colorful direct mail piece is the perfect vehicle for those who would want to replicate the engaging personal experience and loyalty of the followers of the Grateful Dead with their own customer base. Update, maintain, and clean your list within an inch of its life, and then communicate regularly with those people and your response may rival that of the greatest community in rock n' roll history.

Michael Maguire has published numerous articles on direct mail and address management strategies, holds an M.B.A. from Michigan State University, and experienced the Grateful Dead at the Palace of Auburn Hills in June 1995. Email him at mmaguire531@gmail.com. 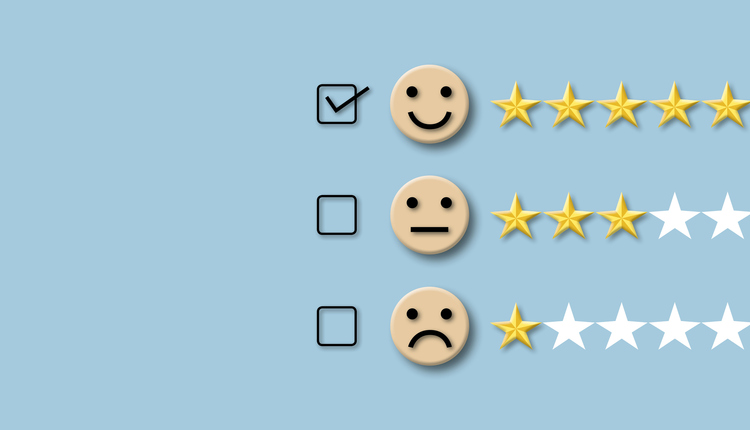 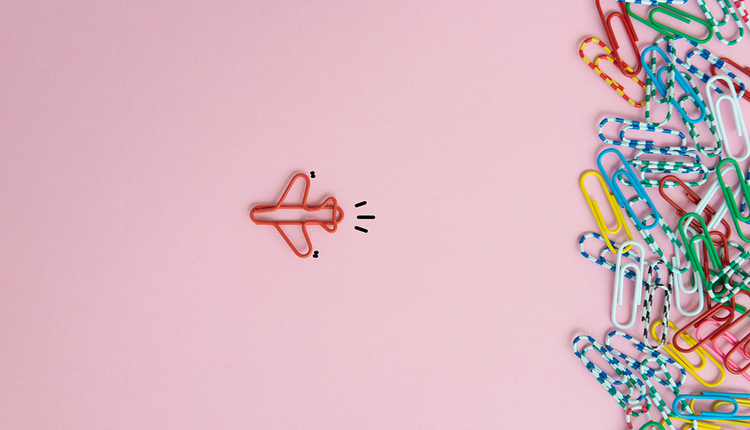 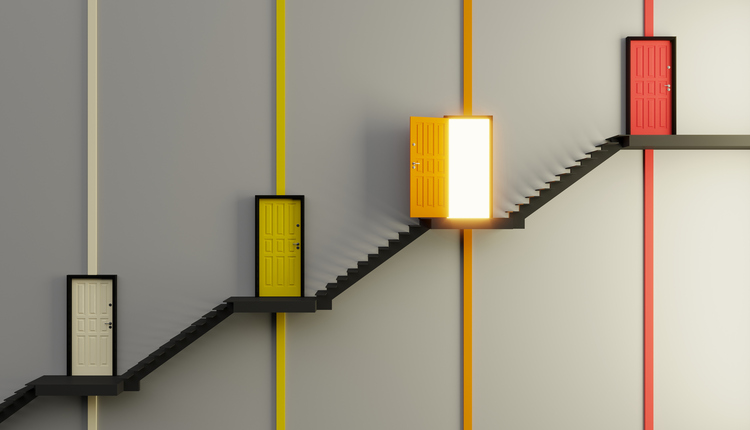 Which Inkjet Technology Is Best for Your Organization? 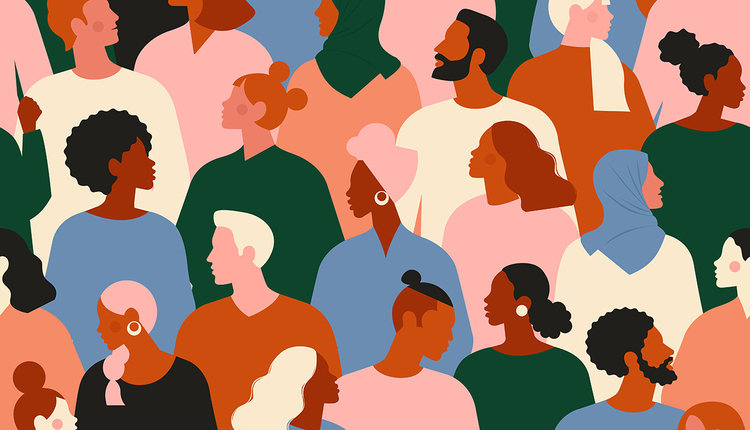 Digging Into Demographics: Consumer Age and Why It Matters to Direct Mail Campaigns