The Postal Service and the Press

The Washington Post and the New York Times have paid scant attention to the Postal Service. It's just not interesting, journalists claim. Perhaps so, except when it may be headed for the rocks, in which case the Post and the Times, in lead editorials on March 2, 2010, advise Congress how to avoid a collapse. Both editorials call for more management flexibility; neither grasps that more fundamental change is needed. The Post touches on this when it criticizes the Postal Service's "quaint business model," but does not tell us what that means.

Calls for a new business model have come from members of Congress, most mailers, and the Postal Service itself. The Acting Comptroller General, Gene Dodara, said, "The Postal Service needs to undertake some major structural changes." Postal unions and postmasters are understandably nervous about this, fearing loss of jobs.

As the Times notes, the Postal Service, like more than a dozen other Federal entities, is funded by its customers, not taxpayers. The vast bulk of revenue comes from businesses, large and small. That includes magazines, catalogs, newspapers, non-profits, and more. About eight million jobs depend on the Postal Service, directly or indirectly-paper and envelope manufacturers, printers, businesses that need direct mail to survive, and greeting card companies.

Both editorials ask Congress to support some of Postmaster General Jack Potter's proposals; Congress is the key, all right. Elaine Kamarck, an independent consultant who contributed to the Postal Service's recent Assessment study, wrote that "the Postal Service is supposed to compete and innovate but is stifled by law and saddled with a governance structure that impedes innovation." She might well have added relentlessly parochial Congressional behavior, sacrificing the communal good for political advantage.

Both the Post and the Times support Congress' decision to tap postal revenues for future retirees' health benefits. These benefits are not at risk; no other government agency is similarly taxed. If that decision is sound, why not extend it throughout government? Absent this reach into customers' pockets, the Postal Service would have shown a profit in the last two years.

The editorials rightly assert that labor costs, eighty percent of postal expenses, must be reduced, citing uncompetitive wages and benefits, work rules, and no-layoff clauses. Neither notes that if there is an impasse in collective bargaining, wages are set by an arbitrator, whose award is final and unappealable. In 2009, postal expenses were nearly seventy-two billion dollars. If union contracts had expired last year, an arbitrator could have decided disbursement of almost eighty percent of that amount. It is only a slight exaggeration to say that the price of a postage stamp is set by the arbitrator.

Aside from the Postal Service, federal wages have never been set by an arbitrator. The Post's fix on this preposterous arrangement was to require "labor arbitrators to take the Postal Service's health into account." How can this mandate be enforced? Would the statute permit an appeal if labor or management believed that the arbitrator fell short? Any arbitrator can sprinkle the record with data designed to meet the law's exhortation. "Pandora's Box" comes to mind.

The Postal Service recently examined five possible changes to the business model. They rejected four: (1) a taxpayer-supported agency; (2) keeping only the delivery network; (3) a businesslike Postal Service with no monopoly over letters and mail boxes; and (4) a privatized postal service.

The model favored by the Postal Service was a self-supporting government entity (which it is today) but with more flexibility. More flexibility would be achieved by a dozen changes in the law. None of these, however, would change the business model. If the Postal Service is to comply with Congress' lip-service demand that it behave like a business, it requires substantial control over prices and wages. As indicated, it has only marginal control over wages.

As to prices, the 1970 Postal Reorganization Act created a Postal Rate Commission (PRC) with great, but not absolute, authority over postal rates. The 2006 Postal Accountability and Enhancement Act (PAEA) renamed it the Postal Regulatory Commission and gave it even more power. The bizarre result: the Postal Service is directed by nine presidentially-appointed Governors. They select the Postmaster General and Deputy PMG. The PRC is composed of five presidentially-appointed Commissioners. The Board of Governors had unanimously warned Congress that if it enacted PAEA , they would not be able to manage the entity. Congress ignored the governors.

Layering one group of five presidential appointees over a group of nine presidential appointees would make any objective student of government break out into hives. The Postal Service and its customers, however, lack the political will to recommend to Congress that the PRC be phased out, and that wages taken out of an arbitrator's hands and placed in the hands of management, subject to legislative guidelines. They won't propose laws which they believe have little or no chance of enactment. That point of view is self-defeating. Other "hopeless" initiatives have prevailed, including the 1970 postal reform law.

The 2006 postal law requires GAO to present its views on a new business model; GAO's target date is April 12, 2010, well before the statute's deadline. I have argued that, with or without customer support, the Board of Governors should seize the initiative by recommending changes before the GAO acts, but unfortunately, all the indicators say that's not going to happen.

Murray Comarow was executive director of the Presidentâ¬s Commission on Postal Organization and the author of articles on the Postal Service. Contact: Murray Comarow, 4990 Sentinel Drive, #203, Bethesda, MD., 20816 (301-229-4187).

The Power of Data: Gaining Visibility to Mailing Data to Empower an Organization 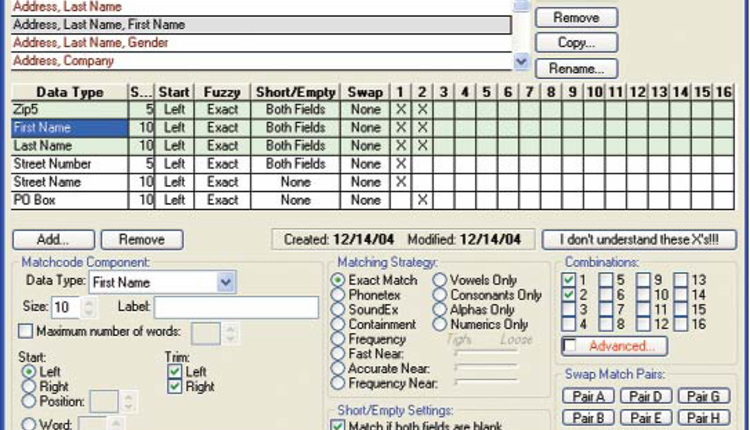