The net loss for the quarter totaled $1.5 billion, an increase in net loss of nearly $1.0 billion compared to the same quarter last year.

“We continued to drive growth in our package business and expanded use of the marketing mail channel during the quarter. Nevertheless, we face ongoing financial challenges. We remain focused on aggressive management of the business, legislative reform, and pricing system reform, all of which are necessary to put the Postal Service on firm financial footing,” said Postmaster General and CEO Megan J. Brennan. “Our nation is best served by a financially sustainable Postal Service that can invest in its future and meet the evolving mailing and shipping needs of the American public.”

The controllable loss for the quarter was $103 million, compared to controllable income of $353 million for the same quarter last year.

"Overall volumes increased this quarter driven primarily by growth in Marketing Mail and our package business, which resulted in total revenue growth of $553 million," said Chief Financial Officer and Executive Vice President Joseph Corbett. "This growth was offset by increased work hours and related salaries and benefits, increases in transportation costs due to these higher volumes and the continued focus on meeting customers' needs."

The following table presents revenue and volume by category for the three months ended December 31, 2018, and 2017:

The following table presents selected results of operations and reconciles GAAP net loss to controllable (loss) income and illustrates the (loss) income from ongoing business activities without the impact of non-controllable items for the three months ended December 31, 2018, and 2017: 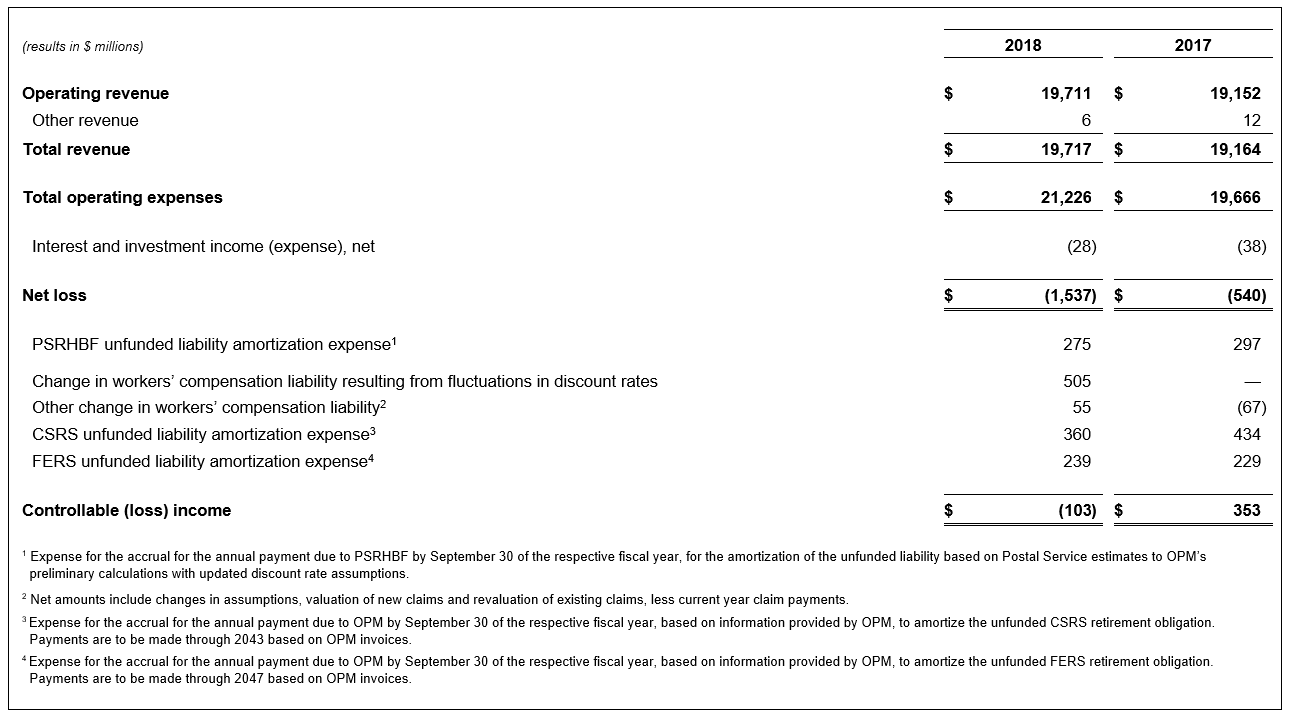